A general guide for the beginning researcher.

Available for use in the library.

The Bluebook has an index, and a good one.  Use it.

Where to Start? Try Quick Reference

When searching for correct citation format, generally the best place to start is the Quick Reference guide.  The Quick Reference guide comes in 2 forms; 1 for law review footnotes (behind front cover) and 1 for court documents (behind back cover).  The difference between these 2 formats for citations is explained in the "Law Review Footnotes v. Court Documents" box on this page.  Images of the 2 quick reference guides are below. 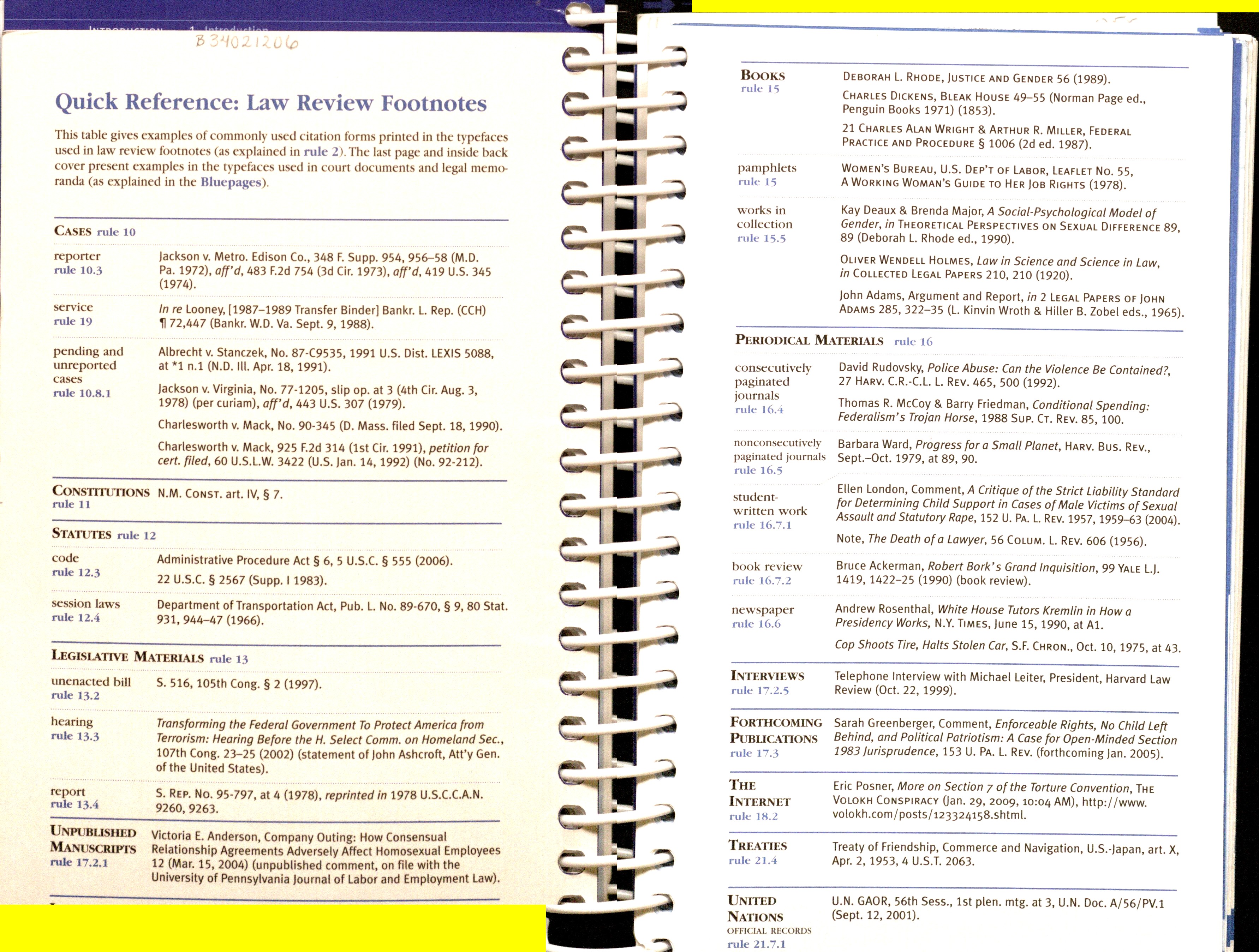 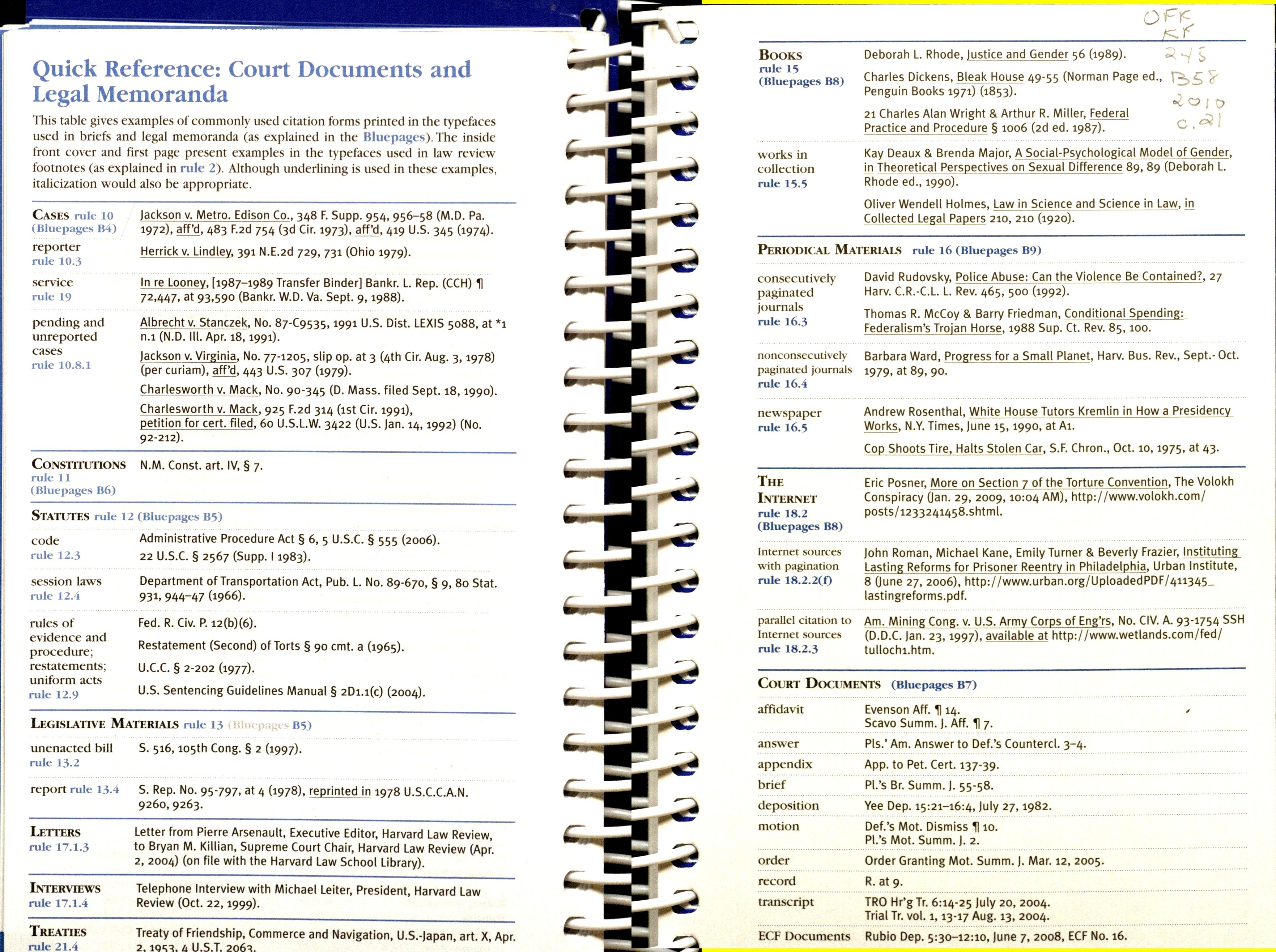 The key distinction between citing according to the Blue Pages and the White Pages is TYPEFACE.  By that I mean usage of italics, underlining, large and small capitals, and regular roman type.  The typeface distinction is generally the only difference between the two formats.  So, you can use the White Pages to guide you when citing in court documents and legal memoranda so long as you use the correct typeface.  Here are 3 examples.

Case Names. In law review footnotes, case names are in regular roman type and in the actual text the case name isitalicized. By contrast, in court documents or legal memoranda, case names are always underlined, whether in the text or a footnote.  See below for an example.

Books.  In law review footnotes, books are placed in large and small capital letters.  In court documents and legal memoranda, books are in regular roman type.  See below or an example.

Court Rules.  Court rules are cited the same as books; large and small caps in law review footnotes, regular roman type in court documents and legal memoranda.  See below for an example.

In all 3 examples, the structure of the citation (elements of the citation, abbreviations, spacing, etc.) remains the same. The only difference is the typeface.

Here's how it works.